At the end of 2017, the opening of Melrose Park, a circle of friends, broke the calm of the market. The incredible price of $399,000 in Sydney was immediately caused by the launch of a boutique project developed by Australia’s top developer Pacye and hosted by the government for 10 years. Unsurprisingly, the first opening of the first six hours of almost all units looted!
And this boom continued until the beginning of this year. The second phase of Melrose Park will be opened! ! ! This project is now in the hot pre-sale, as soon as possible to contact you near the He Sheng investment consultants, EOI queuing priority selection of favorite units!
10 years of large-scale community planning
A$6 billion project,
New additions to bus schedules in the 2000 class plan:
New community facilities of 3000m2, including:
5000 plan homes!
Doing two top developers
Paye&Sekisui House’s masterpiece,
Latest Melrose Park Real Estate! ! !
Melrose Park has a $6 billion development and a 10-year development cycle. The development plan will create 1,500 additional jobs along with the upgrading and transformation of the entire region. It will be reflected in the neighboring Meadowbank, Ryde, Ermington, and Rhodes and Wentworth Point across the river. . Rhodes 8 years ago and Zetland 5 years ago have become history. Now Melrose Park is a rare boutique in the future.
4 minutes drive to Meadowbank railway station and 7 minutes to Meadowbank ferry

West Ryde train station and market place are 8 minutes’ drive away.
A 7-minute drive to Top Ryde Shopping centre (4.2km). With such convenient transportation and perfect leisure and entertainment facilities, how can we not go around on the weekend for about 35 friends?
It is an 8-minute drive to famous Eastwood Eastwood and Eastwood Shopping Centre (3.8km). All leisure and entertainment needs can be well met here. What’s more, there is always one that will make you happy and linger on the various cuisines of the old Chinese district Eastwood.
At the same time, there will be trams running through the entire community, linking directly to the Meadowbank railway station and cruise ships. There are multiple bus lines at the gate to the Parramatta downtown area and the Sydney CBD. There will also be new construction of transportation routes, including electric ferry service to and from Meadowbank and West Ryde train stations, as well as more ferry services. This convenient transportation makes the Melrose Park surrounded by multi-faceted industrial and commercial parks a real treasure.
In a Melrose Park Urban Design Report in 2016, the Parramatta municipal government put forward a plan for future land use and urban redevelopment in the Employment Lands Strategy, Parramatta. The Council hopes to re-plan Melrose Park, through the construction of a large community, upgrade the infrastructure, increase population and employment opportunities, and ultimately to meet the Rydalmere high-tech park plan. It aims to increase employment opportunities and prosper the local economy by changing the nature of land use.

Australian large-scale developer Payce and Japan’s Sekisui House AU, as promoters of the entire project, are also responsible for the construction of the main body of the entire planning project—a large community of 5,000 houses. At the same time, the NSW Government also contributed $20 Billion to support the upgrade of the entire Melrose Park infrastructure. In the end, Melrose Park has become a top-notch large-scale community in Australia that combines work, life, play and shopping.
Its housing market is in great demand. This will provide a high degree of assurance for the future investment environment, such as leasing and trading, and its value-added potential will be unstoppable.
The developer Payce is a leading real estate development investment company. Established in 1978, the company has maintained outstanding performance in the industry and has become an international model with high-quality products and first-class reputation. It is possible to have such an internationally renowned reputation because it not only provides modern homes with superior and intelligent design, but also because it can create a vibrant and cohesive community. 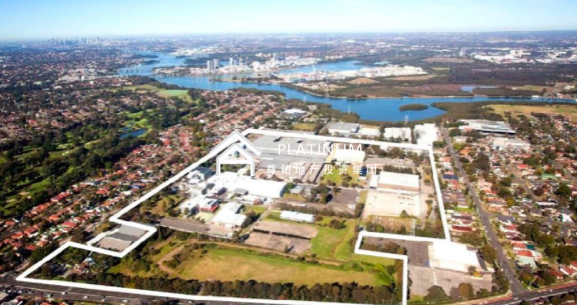 Sekisui House is a leading Japanese real estate developer. Established in Japan in 1960 and entered the Australian market in 2009. For more than half a century, Sekisui House has provided high-quality management for its highly systematic “industrial-residential” manufacturing factory, providing its customers with innovative, unique and high-quality homes. The core concept is the sustainable development of green environmental protection, environmental protection, and the pursuit of building a highly-recognized landmark residential facility. Therefore, the company’s energy-saving, new energy, and environmental technologies are also at the leading level in the world.
1. Central Park, Chippendale (Best Tall Building Worldwide, won the 2014 World Architecture Award, won the “World’s Best Award” in the MIPIM Best Innovative Green Building Award in 2015)

·The “Best Tall Building” World Consortium for Urban Construction and Urban Habitat (CTBUH) Awarded the World Architecture Prize for Awards
· MIPIM is one of the largest global events that has attracted the attention of stakeholders in the real estate industry
2. Wentworth Points, The Waterfront (Won the 2006 New York State Mixed Design Award for Total Design)
Whether it is government planning, policy support, or its own important geographic location, or a developer with high quality guarantees, or the relationship between supply and demand behind it, we can see a huge appreciation space for Melrose Park. Believe that soon, Melrose Park will soon be transformed from an old industrial area into a “busy city”. 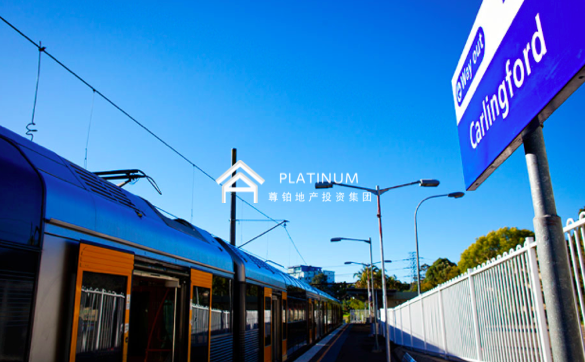